I was comfortably playing FIFA 20 on my Playstation when i got a call from my wife:

"Mr.O, it is going to happen tonight!, Come Fast"
I panicked and thought to myself "But this was still 10 days away, why so early? Ohh no, I am not ready"
The lock-down for COVID-19 was still in effect, so i did not know how I could venture out and reach her..But I had to!!
My wife needed me and I wanted to be present when it happened to comfort her and give her some calm. I packed all the things as per the instructions of my wife, who was now clearly panicking and trying to stay calm at the same time. Her family was , let's say a bunch of interesting characters adding to that chaos! I could hear them scream and shout in the background and trying to make out what they were saying; If they were having a fight or having a normal conversation.I never really understood their tone.. North Indians, well you know!
I got down with the things and my Dad accompanied me.My car was literally loaded with shit..Bird shit!!
The car cleaner hadn't been attending to my car since the lock-down and I being a lazy ass never really got down to do it..I put it on my calendar, only to snooze it for the next day..And the next..And the next!!
I just cleaned the windshield, tapped some water on the side mirrors and I was ready to go!! There was a sense of tension on my Mom and Dad's face..I could sense it, but I didn't say anything..I just told them they will be checking my wife and deciding on next steps..I didn't want to set on panic on my parents who were already stressed out due to the lockdown..Reversed the car and set in motion on an empty road. The driving was never so much easier with no car in sight and it almost resembled an apocalyptic movie scene with no human on the road in patches. After 15 minutes of driving, I came to a police barrier expecting them to be tough and creating a scene. However seeing the condition of my car with white patches full of shit on a black car, they knew this guy has just taken out his car for an emergency..

All gaze turned to me while one constable came to me and asked "कुठे?" in Marathi which meant "where to?". The others were chatting and laughing on the condition of my car. I ignored them and told him about the situation.. He obliged and let me go. It was easier than I thought, I blazed away and reached the hospital surrounding in 25 minutes for which i generally take 40 minutes of driving in traffic.
The next 2 hours were spent in the documentation and receiving calls from everyone. I went to my wife who was now in a room waiting to be induced..The doctor had confirmed that they will have to operate soon and act fast to avoid any complications. My wife requested the doctor to delay it after midnight.. Why's that?
The date of her admission was 1st April and she didn't want her baby to be born on an April Fool's day..That would have meant a full time school teasing for the baby by his friends..And 2nd April was राम नवमी which is the birth of Lord Ram..So an auspicious day for my religious wife..I nodded out of support more than anything else! 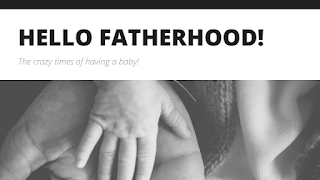 They took her in the labor room..i started pacing up and down while her parents were busy talking to their relatives giving them a minute by minute update..I couldn't handle talking to anyone at that moment..I WhatsApped my sister and told her to inform everyone else..We had discussed what we wanted and although we were fine with any gender, I secretly wished it was a girl!
The hospital was almost empty. We had pre-registered and so were directly able to go through the Casualty after informing the doctor and the authorities..The rules had been changed since the COVID-19 epidemic..The situation around us was making me tenser.

"What if our baby comes out and gets Corona?
How would he/she recover?
That would be a nightmare! "

I tried to park those thoughts aside.I know everyone around me was thinking the same but not blurting it out for bad omen. It's strange how superstitious you can be when it suits you!
I heard someone call from the labor room "Relative of Mrs.O"..

I panicked!
"She just went 30 minutes ago..What happened?" I thought to myself..
I ran and there he was! Doctor holding him by his back..He was crying, Eyes closed.. Oblivious to the world around him..Out from the comfort of the mother's womb in to this new unknown world.
"Congratulations.. it's a boy..3Kgs.. He is healthy!" The doctor confirmed
Nothing registered on my mind..I have seen movies where the father cries after seeing their baby for the first time..

I was emotional, but i was glued to the spot..It was like a slow motion movie.. Everything at 1/4th the normal rate..I couldn't take my eyes off him..I couldn't speak anything..
Her Mom came running after hearing the cry of the baby..She started crying and congratulating me..She shook me out of that trance and i blurted out "Is my wife OK? Can i see her?"
"She is fine and resting..You will see her in a while..Sign in these papers" The doctor said and muttered something to the ward boy and went back in with the baby..
Before I could say to hold the baby, the door was closed..
The ward boy joyfully said 'Lord Ram has arrived in your house..You are blessed'
And I couldn't agree more!
Parenting

I started watching a new Netflix documentary series this weekend called ‘ Connected ’. The series is a fascinating look in to how seemingly unrelated events are actually pretty much related. One of the episodes talks about Saharan desert and the seemingly harmless dust. I always thought of dust as a nuisance. In our homes, or on the roads… Always getting in your eyes, ears and nose, always making you sneeze. Worthless piece of………… dust! But, turns out(surprise surprise!), it does a lot more in our environment and almost has a dedicated role to play in nature’s grand scheme of things! The dust storms originate from the Sub-saharan desert which once was a  huge lake called as ‘Lake MegaChad’ . The lake dried up living hundreds of fossil remains and dead algae along with the dust leaving a white hazy smoke in the air. The dust from Sahara eventually travel through the Atlantic ocean and interact with the ocean hurricanes to supposedly stop some of their deadlier landfall to the cities i 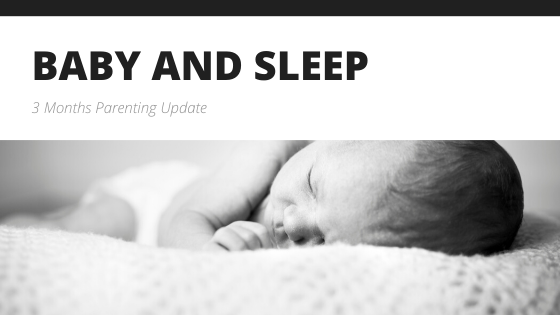 Baby and Sleep : A Parenting Update for the first 3 months

One of the advice they tell you about being a parent is 'Sleep when your baby sleeps' Although it makes sense, it is pretty hard to implement in real life. Everything kept aside, the sight of your new born baby is a blessing which is just ❤️❤️  Babies in their early stages sleep more than 16 hours in the day..This might not be ideal for their grandparents (as I experienced) as they get less time to play with their grandson. But it is ideal for their brain development and also a break in between the madness for the new parents.  As my new born has crossed 3 months, he has started to fall in to a pattern. I would like to share how we have managed our schedules and sanity during these 3 months through self experimentation. To summarise; Manage your routine around their sleep: Newborn babies do not sleep for long hours in the beginning. Although the sleep in total everyday averages more than 16 hours, they do not sleep for more than 2-3 hours at a stretch. So expect your baby to wa

Let's Talk About Work from Home

Go Corona, Corona Go ! With these chants going viral in India and the sudden rush of work from home happening around me.. The world has changed for the worse in the past one week.. I have been working remotely for the past 4 years, so the 2nd situation is not bothering me much.. The things which keep me sane and productive has been an iterative process, some of which I have shared in  this LinkedIn Blog post Although there are tonnes of people sharing their sudden love (or hate) for working remotely or sharing their home set-ups, it is really difficult to do it in the long run if not planned in the right way.. Blocking my time a day before for the important stuff : I started this recently, but this has helped me to atleast get the initial work done before my team wakes up from the other part of the worldThese 4 things have kept me going so far: Keeping a track of time : It’s really easy to flow away in your work and end up working 10 hours straight from your couch without getting up fo